I could feel my blood pumping through my body. My breath was shallow. I smiled across the table at the only other player still in the hand.

“Keep smiling,” I told myself. “Don’t let him see you flinch!” Most of my bankroll was on the line as I waited to see whether the far more experienced player sitting across from me would follow me into the hand.

It was my first night playing poker in a real casino. I was in Las Vegas to visit one of my best friends who is a professional-grade poker player. I am not a big gambler, but I could not resist the opportunity to see my friend in his element. We decided to spend the evening seeing how much cash he could take off dentists from Ft. Lauderdale and bankers from Manhattan. I was along for the ride and simply trying not to lose my shirt.

As I watched my friend multiply his $2,000 bankroll several times over throughout the course of the evening, I found myself noting how much entrepreneurs might learn from poker players. In particular, I was surprised how many hands great players through-away or “muck.”

Leading up to the evening of play, and in the pool the next afternoon, my friend gave me his cliff notes on how to hang at a competitive poker table. His top advice?

“Wow,” I said to myself. “I wish I had been given this advice early in my days as a startup founder.”

The setup in startups

At the poker table, I found it easy to remain detached from the hand I was playing. For starters, I did not blame myself for the cards I received. It was clear the cards were the ‘luck of the draw’ and not a sign of my own aptitude.

As a startup founder and CEO, I found it incredibly hard to acknowledge how much of our success or failure was luck. In his book The Hard Things About Hard Things, Ben Horowitz writes about feeling personally responsible for every up and down in the company because, as the founding CEO, he chose the idea, set the vision, and hired every single person in the business.

While there is some truth to the way in which a founder’s fingerprints are on much of any startup, to ignore the role of luck in the growth or failure of any business would be like playing poker believing you are responsible for the cards that are flipped over.

This attachment to control, and ignoring the role of luck, leaves leaders more on the emotional ride and keeps many founders trying to force failed products or zombie companies for too long.

As founders, we would benefit from holding product ideas, and even our very companies themselves, as one holds a hand of poker.

Venture capitalists (or VC’s), have known this for decades. VC’s invest in a portfolio of companies expecting that most will fail, some will return capital, and a select few will make money.

By contrast, most founders I meet (myself included!) spend most of their time worried about what will happen if they fail and very little time asking themselves whether their idea or company is a hand with the upside to warrant going all in.

The setup is understandable. We talk about startups as being the founder’s baby. We also mythologize founders who stick with it against all odds, who keep banging their heads against the wall in spite of all evidence the company or idea will fail. We tell young founders that this is what it takes.

Poker would suggest that advice is ill-informed.

Removing the role of luck and timing from any company’s efforts results in the belief that company outcome is correlated only to the leader's ability. This belief results in too many founders aligning their sense of personal worth with the idea or business at hand. Because to pivot, sell early, or shut down would be evidence of their lack of ability to figure it out or make it work, too many founders wake up years in finding themselves running a zombie company, questioning their life-impact, and wondering where it all went wrong.

Is there a better way?

What poker might teach us, by contrast, is to hold our ideas and visions lightly and to invite the role of luck into the mix.

What if the job of a CEO is not to find a way to make the idea or company work? What if the job is actually to determine first whether the hand is even worth playing?

What does it mean to run a company while evaluating whether the hand is worth playing?

For starters, in the early days, it means holding the vision lightly. The work is not to prove that the vision can work, it is actually to find the ways that it cannot and to adjust accordingly. Or, we might say the work is to find out if the hand is worth playing.

The difference is nuanced but has the potential to powerfully shift a founder’s approach to the work.

If the work is to prove the idea is right and that I can lead us to the envisioned future, my core identity as a founder and leaders are on the line. And if the vision proves ineffective, as most due, my identity is at great risk.

If the work is to determine whether the hand is worth playing, my identity or sense of well-being are not on the line.

If we approach our startup like we would a game of poker, we have an opportunity to play the numbers, fold early and often, and to wait for the right time to bet big.

Playing the numbers means embracing, rather than ignoring, the data that most ideas fail and most companies do not achieve massive scale.

Folding early and often means training our teams to rigorously test product ideas, or features, and to move quickly to cut ideas that prove ineffectual.

More radically, it may at times mean folding the entire company and starting over.

Waiting for the right time to bet big means holding the entire entrepreneurial journey as one big poker game. Some hands you may fold quickly (ideas you toss out before forming a company or even a company you sell or shut-down quickly after seeing the hand is not strong enough to go all-in on.) The playing of the game may also mean, in part, developing your vision and understanding such that you can see the right hand when it comes your way.

You might approach the journey with an entirely different mindset.

A different mindset for the game at hand

The stoic philosophers of Ancient Greece suggest that obstacles are going to come our way. Thus, rather than being surprised when they come, it would behoove us to plan for their arrival.

In the same way, rather than being surprised when some of our ideas (or even some of our companies) fail to find scale, we might plan for it.

Great investors lose little sleep when one of their companies shuts down or sells for a soft-landing. Imagine how free we might feel as founders if we held down outcomes with the same lightness? How much more freedom and creativity would you be able to bring to your efforts if it was not only ok to fail but you actually planned for it?

This shift is not to ignore that you may draw pocket aces and go all-in. When we find ourselves with a winning hand, the logical move is to bet big. But treating that as the only successful outcome, and treating all of the more likely outcomes as failure, is a recipe for founder and team burnout and sub-optimal shareholder returns.

What it looks like to play the game differently

Imagine approaching your entrepreneurial career as you would a game of poker. How might you hold your work differently if this product or company wasn’t your “one big shot”?

I fully understand many first-time founders are trying to piece together the personal cash flow to simply ensure they don’t have to walk away from their dream and go ‘get a job.’ I get that; I have been there. But the existential pain I witness many founders suffering goes far beyond keeping their rent paid if things fall apart. It goes deeper, it is closer to ‘who am I and what is my value of this thing fails?’ And that is a huge fucking problem in an industry where our single most valuable asset is the creativity and well-being of our founders.

What if your most likely path to success was to prepare yourself mentally to play many hands?

What if the best way to ensure you have a career in entrepreneurship was not to ‘make sure this one works’ but rather to ensure you have the mental fortitude and sense of self to be able to start several companies without having a massive outcome?

We propagate the harmful myth that a startup should be a founder’s baby. In my time as a founder and CEO, I found that the more attached I was to the company’s outcome the worse my personal performance became. By contrast, the more I could ground myself in my life and relationships outside the business, the more I could show up with energy, creativity, and care: key ingredients for any CEO.

Lastly, what if you planned intentionally that you were not going to go all-in on every hand?

What if you were committed to this company so long as there was clear upside and an opportunity in the market, but that you were equally open to selling it or shutting it down should it become clear there is no such opportunity at hand?

Yes, there are VC’s who want to hear you will live and die by this company. But the best VC’s I know have a different view. They know what is most scarce in their work is:

As a result, in a case where a talented founder is running a company that is going sideways, a great VC will often encourage that founder to shut down or sell. They might do this in part to spare their own time (why spend more months or years on a company that will not impact fund performance); but they also do so to free up the founder to play another hand.

We fail one another in the startup community when we fail to talk openly about such outcomes. 75% of venture-backed companies fail to even return capital. Yet these outcomes are rarely talked about. The founders are left to pick up the pieces amidst a sense of isolation and shame.

It is time for a different mental model.

The invitation here today is to play the hand lightly. Lean into a mental model focused on learning and discovery. Let the outcome determine itself.

Let some fun in.

Any great poker player will tell you the most critical discipline is the managing of your own psychology. Startups are no different. Explore ways to ground your own sense of well-being outside the business. Feel free to reach out if you could use some support here; we help founders with this exploration every day.

Wherever you find your headspace today, know that you are not alone. As a founder, I worried regularly, for years, whether:

In my life now, not a week goes by in my work as a coach where I do not meet at least one or two founders carrying these very questions.

You are not alone. 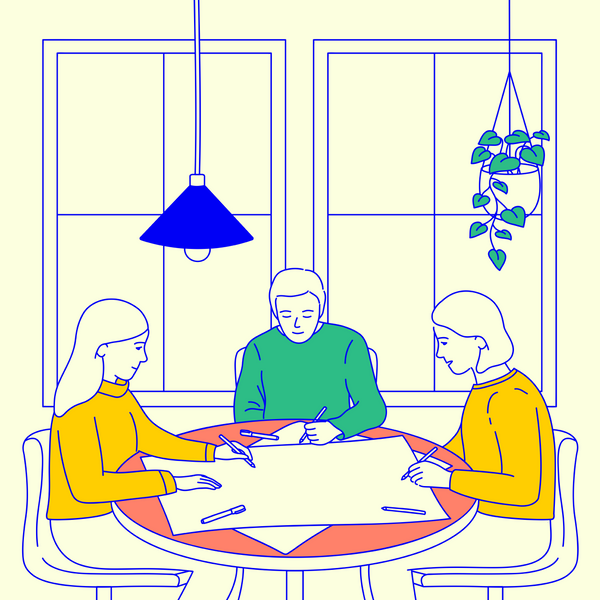 Facing burnout, loneliness, or anxiety? You are not alone. Asking for help may be the best first step. 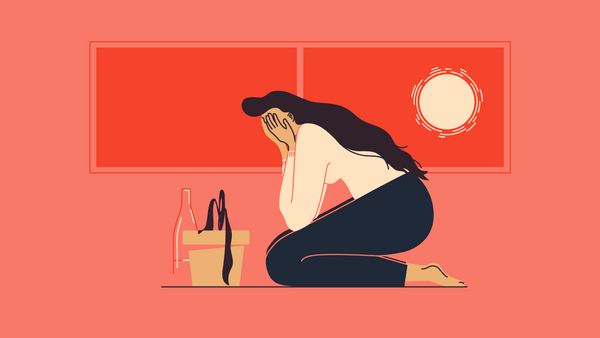 How to navigate the fear every founder has but nobody talks about. 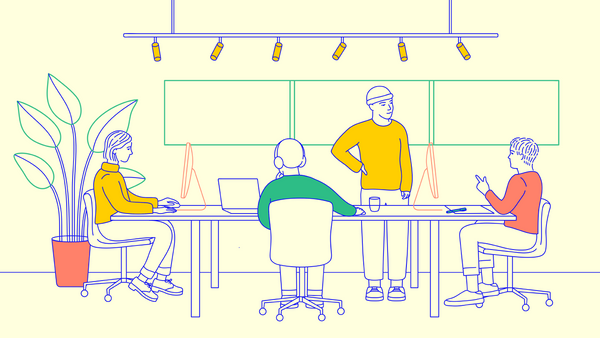